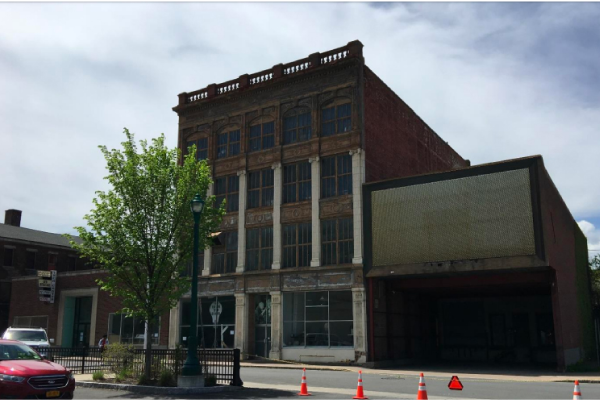 Schenectady, N.Y. — Metroplex today announced plans to sell two buildings located at 132 and 136 North Broadway in downtown Schenectady to Redburn Development Partners for $325,000. The developer will invest approximately $5 million to renovate the two vacant buildings creating a mixed-use development that will create 20+ apartments on upper floors and retail space on the first floor.

“We are thrilled to tackle yet another project in Downtown Schenectady,” said Jeff Buell, Principal, Redburn Development Partners. “We are seeing incredible momentum here, the retail shops are thriving, the restaurant scene is second to none, and with more and more apartments coming on line each month, there has been great movement in the connectivity and walkability downtown.”

Redburn Development Partners specializes in historic rehabilitations in downtowns. The company, which merged with Sequence Development in 2018, has more than 500,000 square feet currently under development in the Capital Region and expects to invest more than $100 million in the next 18 months.

In Schenectady, the company has already invested more than $10 million to redevelop the Foster Block on State Street and the Fitzgerald Building on Clinton Street.

“Thank you Redburn Development for your continued investment in Schenectady County and plans to breathe new life into these deteriorating buildings with a long history in our downtown,” said Anthony Jasenski, Chair of the Schenectady County Legislature.

Mayor Gary McCarthy said; “The City took action on these two vacant buildings and we could not be more pleased with the outcome. Working with Metroplex, we now have a very successful developer moving forward with a renovation that will bring these two buildings back to life and put them back on the tax rolls.”

Ray Gillen, Metroplex Chair said, “Redburn did a fantastic job with both the Foster and Fitzgerald buildings. This project renovates two key buildings that were badly neglected. This is a major boost to downtown.”